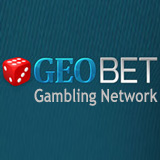 Chief William Bills from the Winnemucca Indian Colony in Nevada has called on tribal groups in neighbouring California to oppose the passage of that western state’s proposed intra-state online gambling bill.

“I believe Senator Wright is doing his best to bring forth the legalisation of online gaming to the state of California,” said Bills.

“However, his approach is off the mark from where the vast majority of tribes stand on this issue. I have been traveling across the nation meeting with tribal leaders who are moving towards eCommerce tied to their economic development strategy and online gambling plays significantly in those plans as a starting point to cyberspace.”

Bills contests that North American tribal groups used the airways for communication for thousands of years and have games of chance ingrained in their historical lives. As such, he asserts that Wright should consider these ‘inherent rights’ in his proposed legislation and that there may be a negotiated position that would see both parties benefit.

“The tribes really should not have to be required by the state of California [to obtain] a gaming license because they have the right to self government and self determination and can essentially license themselves if they choose to do so,” said Bills.

“However, we want to work with the states to create a framework of cooperation that is needed to use this industry to bring economic benefits to the tribes. By supporting the Roderick Wright bill in California as written, [tribes] will be surrendering their tribal rights to self government. This will be a very slippery slope and one that will have the tribes losing in online gambling while the major casino consortiums will control the majority of this business in America.”

Bills declared that ‘only the wealthiest of [the] land-based casinos’ will have the resources to obtain the $35 million intra-state poker license should Wright’s legislation pass and any such ‘barrier’ would be ‘impossible to breach’ for the majority of Californian tribal groups.

“In addition European licensing bodies and governments are taking up to two percent of net gaming revenues for licensing and giving online gaming companies the opportunity for zero corporate tax in order to stimulate business development,” said Bills.

“It is obvious that Senator Wright has not been shown or understood the mathematics or business plan of an online poker room. There is just not that money available in the gross revenues of a poker room. It amounts to a cash grab and it will be paid by entrepreneurial tribal peoples who will be entering this business as start-ups.”

Although not a California resident, Bills declared that tribes ‘span many states in America’ and his concerns are ‘tied to blood lines that cross all borders’ from Canada to Mexico.

“I would welcome an opportunity to have an open discussion with you about your intent with this bill and understand how it will benefit the tribes,” said Bills.