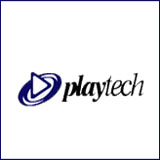 Online gambling software giant Playtech Limited has announced that it has entered into an agreement to acquire the entire issued share capital of leading mobile platform developer Mobenga AB.

Isle of Man-based Playtech revealed that the deal will see it pay out an initial consideration of approximately eight million euro subject to final working capital adjustments financed from its existing cash resources.

Mobenga is a provider of mobile sportsbetting platforms and counts major brands including PaddyPower.com, Unibet.com, Skybet.com, StanJames.com and NordicBet.com as clients. The agreement will also see Playtech hand over a second payment at the end of 2013 based on six times the profit before tax for that year capped at €15.8 million.

“Sportsbetting has always been the core product for many operators and one which creates different cross-selling opportunities to other gaming products. This deal will position Playtech as the leading mobile gaming provider to take best advantage of the growth in mobile gaming and to integrate sportsbetting alongside its existing mobile casino, poker and bingo offerings providing the operators the ability to offer a complete multi-product mobile gaming solution.

“The Mobenga team has successfully developed and rapidly deployed a flexible solution that is highly regarded by many of the industry's largest operators and are growing its licensee base strongly. By integrating such a proven and sophisticated mobile platform into our offering and gaining access to the excellent skills and know-how of the Mobenga team, we continue our strategy of positioning Playtech as the preeminent independent software provider. We are delighted to welcome Mobenga into the Playtech family.”

Stockholm-based Mobenga was founded at the end of 2005 and achieved profitability over the second quarter of 2011 and is now expected to turn in a full-year profit. The firm’s mobile solution delivers a sportsbetting offering to handheld devices including smart phones and tablets across Apple iOS, Android and HTML.