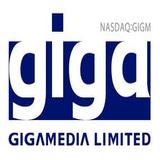 Online gambling operator GigaMedia Limited has announced that it intends to enter the social casino games market following the closed beta launch of a suite of new titles in over 200 Internet cafes in Taiwan.

Taipei-based GigaMedia revealed that its new portfolio of self-developed social casino games include slot, poker and dice titles and could begin commercial operation in as little as four weeks.

“Initial social features in the game suite include gifting of virtual items to friends and a new group chatting function,” read a statement from GigaMedia.

“Results of the new casino products initiative in Taiwan's Internet cafes will be used to support development and launch of additional social casino offerings across multiple platforms near the end of 2013.”

GigaMedia declared that the social casino games feature ‘the inherent excitement of real-money games of chance’ but do not fall under the regulations imposed on their real-money counterparts.

“Social casino games are one of the fastest growing and most profitable segments of online games,” said Collin Hwang, Chief Executive Officer for GigaMedia.

“With social casino games generating average revenues per unit nearly double those of social games, increased sector focus will play a key role in driving growth of our FunTown online game operations in 2013 and beyond.”

GigaMedia stated that it intends to take advantage of this scalability while mobile offerings are set to additionally leverage the growing usage over social network sites and devices including smartphones and tablet computers.

“We plan to leverage our expertise as a developer and operator of PC-based Asian casino games to create new offerings for mobile and tablet devices, building a strong multi-platform offering,” said Hwang.

“We are also reviewing potential strategic partnerships and acquisitions that would enable us to accelerate our growth in social casino games.

“In sum, we are targeting the highest spending social gamers in the world's largest mobile games market, Asia. We see great growth prospects for our online games business in social casino games and are moving forward quickly.”