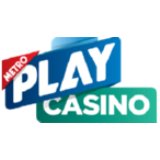 The Metro Play website features more than 200 online games and more than 50 mobile games, including slots, roulette and blackjack.

The new service is intended to act as a complement to the Metro newspaper publications, which are also produced by DMG Media and are distributed on public transport systems across a number of large UK cities, including London.

Jamie Walters, Metro Play’s executive director, said: “Like Metro, Metro Play is the perfect entertaining pick me up at any time of day. When you’re on the go all day, you want to make the most of the moments you have to yourself, turning passing time into something fun and rewarding.”