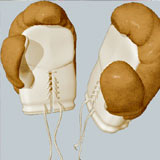 Betfred will be title sponsor for the Behind Enemy Lines card at Wembley Arena on July 20, which features a headline fight of Dereck Chisora against Malik Scott.

The bookmaker will take the role again on August 17 when World Championship boxing returns to Wales at the Cardiff Motorpoint Arena on a night headlined by Nathan Cleverley taking on Sergey Kovalev.

Fred Done, co-founder of Betfred, said: “Both the Wembley and Cardiff events will show British boxing at its best. Chisora is a controversial character and will always make for an exciting fight and Cleverly is on the top of his game, so I'm looking forward to what I'm sure will be an action packed night of top British boxing.

Frank Warren, owner of Frank Warren Promotions, added: “I'm delighted to work with Betfred once again for our two big summer events and would like to thank Fred Done for his tremendous support towards our shows.”